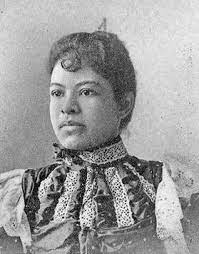 The month of March is Women In History Month.  The team at Avalon Family Dentistry would be remiss if we did not acknowledge some of the female “Heroes” in dentistry.  These women paved the way for us to do what we do today!

As with many professions throughout history, dentistry was one that was male dominated and did not want to let women in.  This caused women to extract teeth in secret, to subvert the college system because they were not a man, to travel by dog sled from one remote Alaskan village to another.

Let’s pay tribute and learn about just a few of the women we owe our own careers to!

Emeline Robert Jones was a New England native.  She was married to dentist, Daniel Jones, in 1854, when she was 19 years old.  He husband felt that a woman’s fingers were too frail and clumsy to be any good in dentistry.  Emeline set out to prove her husband wrong.  She secretly practiced dentistry, and at the age of 23, Daniel allowed Emeline to partner with him in seeing patients.  When her husband died in 1865, she took over their practice.  Her career in dentistry spanned sixty years.  In 1914, she was made an honorary member of the National Dental Association.

It was not until 1866 that a woman earned a DDS.  Lucy Hobbs Taylor was orphaned at the age of 12, along with her nine siblings.  She spent her childhood supporting her family through sewing.  She than taught for ten years in the state of Michigan.  It was there she discovered her love for medicine.  She was denied entry into the Eclectic Medical School in Ohio, because she was not a man.  A faculty member told her to apply to the Ohio College of Dentistry.  She, again, was refused admission.  Dr. Johnathan Taft took her under his wing, and she studied dentistry under him.  She opened her own practice in 1861.  In 1866, she finally earned her DDS through the Ohio College of Dental Surgery.  By 1900, nearly 1000 women had followed Dr. Lucy’s wake and went into dentistry!

There is another female dental superhero who crossed paths with Dr. Jonathan Taft!  That woman was Ida Gray.  She, like Lucy Taylor, grew up an orphan.  She learned enough from Dr. Taft to enter the University of Michigan School of Dentistry.  After graduation, she went on to become famous in Cincinnati and Chicago for seeing BOTH black and white patients.  She also inspired one of her patients, Olive Henderson, to become Chicago’s second black female dentist.

Leonie von Meusebach-Zesch’s legacy spans several western states.  After the San Francisco earthquake in 1906, she became a dental surgeon with the US Army and treated earthquake refugees.  In 1912, she took her Model T Ford to Arizona and began holding mobile dental clinics where she treated all school age children for free.  She then moved to Alaska in 1915, where she often traveled by dog sled to see patients.  She returned to California in 1930.  Because of the Great Depression, she joined the Unemployed Exchange Association and offered dental services on a barter basis.

There are many other female dental heroes out there, but this gives us a glimpse into the female side of dentistry, that often goes without acknowledgement!  It is because of courageous women, such as these, that we are able to care for all of you today!  We are forever grateful for these pioneers!!!

Posted in Uncategorized and tagged female “Heroes, Women in Dentistry
← Avalon Show #4: Why are my teeth wearing down?Best Teeth Whitening Methods in 2022 →